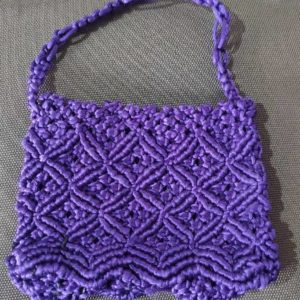 Magnificent macaroni clutch pieces are crafted by a different artists, and that’s what makes them unique and distinctive.

small macaroni hand clutch, regular party use The term “Magnificent Macaroni clutch” can be used to describe a wide variety of bags, and there is no specific set of measurements or attributes that define it. Small flat handbags without handles or straps are commonly referred to as “clutch bags,” however other people use the term to refer to larger purses with a handle or removable straps. Slim and mostly hand-held are two of the bag’s most defining characteristics.

Even before pockets were invented, people were using bags and purses to store and transport tiny, valuable items. Few examples of these Magnificent Macaroni clutch have remained because of the perishable materials they were composed with. We know of their existence via paintings and tapestries. The Courtauld Gallery in London owns a seven hundred-year-old bag that may be the oldest surviving Magnificent Macaroni clutch. As a reminder of their rank and wealth at the time of their creation, the bag is from the city of Mosul in Iraq’s northern province. The solid brass body of the bag is inlaid with scenes of courtly life in gold and silver, giving it an unusually modern appearance. An envelope clutch-style front flap is held in place by an adjustable clasp. Using a chatelaine, a small hook, women in Medieval Europe carried small bags attached to their belts or girdles. A shift in fashion in the 16th century led to the purse/bag becoming an object of ostentation rather than a necessity. Many people’s tastes were influenced by the late 18th century discovery of Pompeii, particularly in architecture and clothes. The waistline was raised to sit just below the breasts, and women’s clothing became lighter and less voluminous as a result. Since bags or “pockets” could no longer be hidden in dresses, the precursor of a clutch bag was born, known as the reticule. It was comparable to the modern clutch, except the reticule was worn on the shoulder by a cord or chain. Bags became larger as women’s liberation grew in the nineteenth century, with the carpet bag being a popular example. The clutch bag, as we know it today, became almost extinct. The traditional clutch bag was born out of the rebirth of classical design gowns in the Roaring Twenties. Diaphanous flapper dresses need a handbag with no straps or handles that could be used as a prop to draw attention away from the wearer’s body. Gem-encrusted purses by Van Clef & Arpels and Tiffany & Co. quickly became a must-have item for rich socialites and Hollywood stars. Crushing of materials during World War II made the clutch a daily object, rather than just an adornment for the wealthy. Judith Leiber, dubbed the “Magnificent Macaroni clutch,” merged contemporary and nostalgic trends in the Nineties to produce Swarovski Crystal adorned handbags beloved by Lady Gaga and Katie Perry, among others. In most women’s closets today, a simple sniff will show a collection of clutches.

Clutch wearers are quickly elevated to the status of movie stars thanks to the accessory’s showmanship. Even if you have to keep your hands on it, clutches are flashy, designed to catch attention: a clutch takes action. In situations where a high-angle shot would result in an unwelcome image, Princess Diana used her clutch to shield her cleavage. Using the clutch in this manner, however, may have actually drawn attention rather than deflected it. Resolutely clutching her purse, Kate Middleton clutches it in front of her midriff with both hands. Because of her unattractive posture, the Duchess of Cambridge is exempt from the etiquette requirement that she extend her hand before shaking hands with anyone.

Be the first to review “Magnificent Macaroni clutch| 2022” Cancel reply