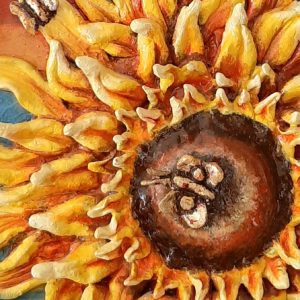 Although Paul Gauguin had purchased two Paris versions, the artist’s mind was drawn to both sets because of this connection. As part of the painted Décoration for the Yellow House, van Gogh had prepared for the guestroom of his home in Arles, where Gauguin was expected to visit, he painted Sunflowers. For his part, van Gogh visualized the two major versions as Berceuse Triptych wings after Gauguin left, and included them in his Les XX in Bruxelles exhibition.

In a flower painting, one or more flowers or plants with flowering stems are shown in the painting. “Still-life painting” is a common term for flower painting. The herbal and scientific portrayals of plants have influenced the development of flower art.